Play Claw Fossil as if it were a Basic Pokémon. While in play, Claw Fossil counts as a Pokémon (as well as a Trainer card). Claw Fossil has no attacks of its own, can't retreat, and can't be affected by any Special Conditions. If Claw Fossil is Knocked Out, it doesn't count as a Knocked Out Pokémon. (Discard it anyway.) At any time during your turn before your attack, you may discard Claw Fossil from play. 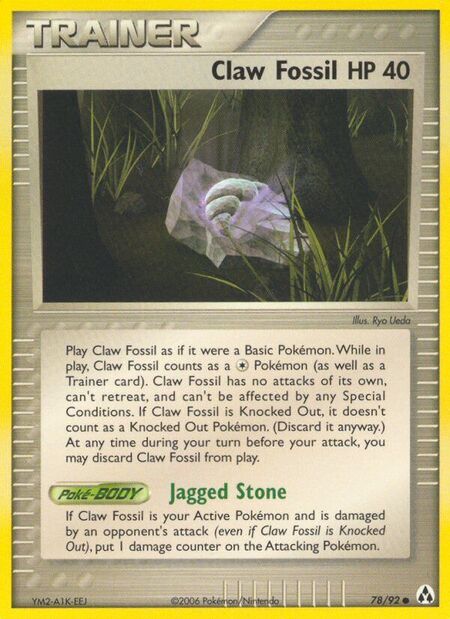