If Snow-cloud Castform has any Holon Energy cards attached to it, this attack does 10 damage to each of your opponent's Benched Pokémon. (Don't apply Weakness and Resistance for Benched Pokémon.) 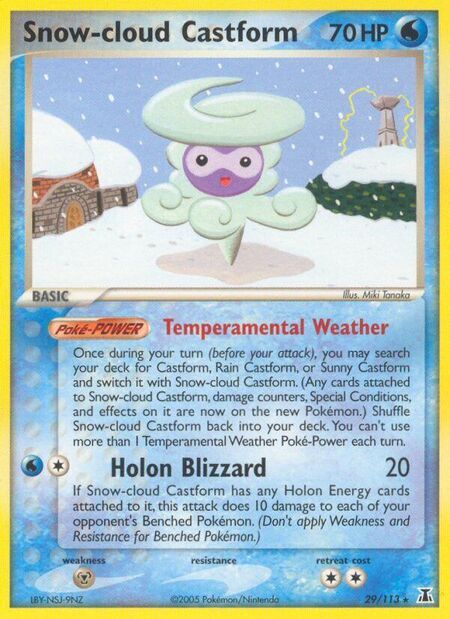